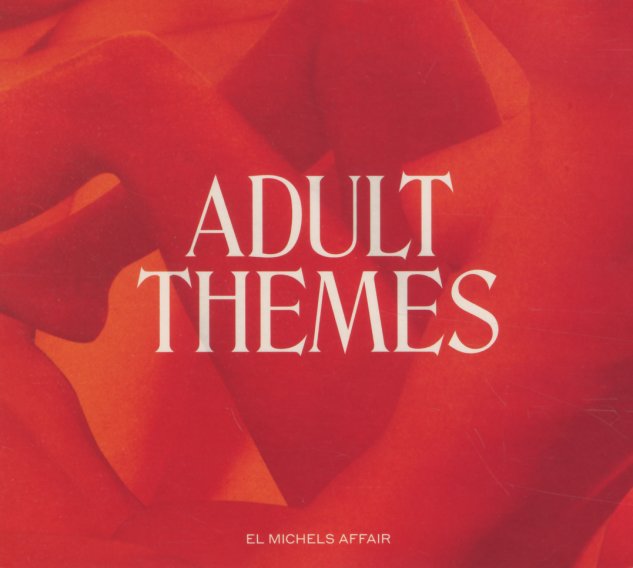 A really different groove from El Michels Affair – but one that reminds us again that the group is really amazing at just about anything they ever try to do! The adult themes here are modes borrowed from older European styles – some of the slinky funk of Serge Gainsbourg and some of his contemporaries, mixed with maybe a touch of Euro erotic film scoring – but all given that strong undercurrent of funk that we can always expect from Leon Michels and the group – arranged and produced with a really superb quality throughout! The drums are nice and heavy, the basslines sexy and slinky, and there's some occasional wordless female vocals and larger arrangements that really expand the palette of El Michels. Titles include "Enfant", "Villa", "Kill The Lights", "Life Of Pablo", "A Swift Nap", "Munecas", "Rubix", "Hipps", and a number of "Adult Theme" tracks.  © 1996-2022, Dusty Groove, Inc.