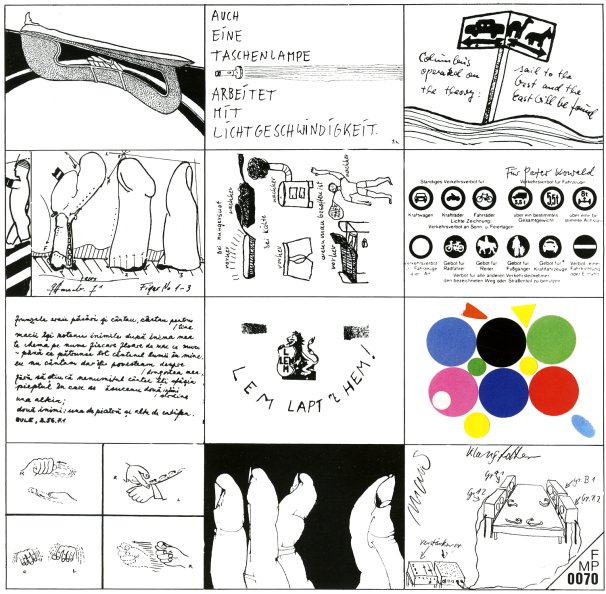 An early moment of brilliance as a leader for bassist Peter Kowald – and maybe a record of his that matches the early FMP albums of Peter Brotzmann for sheer, raw intensity! There's almost a Machine Gun-like power here – as the group comes on with all the amazing energy that the early European free jazz scene had to offer – that moment when music like this was as much a force in politics and the larger cultural world as it was in jazz – with Kowald at the head of a group that also features Gunter Christmann and Paul Rutherford on trombones, Peter Van De Locht on alto, and Paul Lovens on drums. The trombones alone are worth the price of admission – and Kowald sometimes joins in on tuba and alphorn – on improvisations that include "Pavement Bolognaise", "Guete Luuni", "Platte Talloere", and "Wenn Wir Kehlkopfoperierte Uns Unterhalten".  © 1996-2022, Dusty Groove, Inc.
(Remastered from the original tapes, first time on CD, and in a great LP-styled cover!)