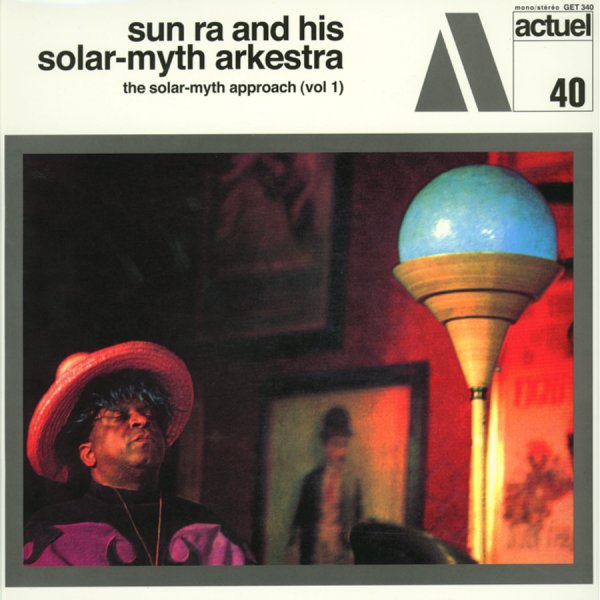 Really unique material from Sun Ra – a pair of recordings that were initially circulated much more strongly than some of his Saturn Records material, thanks to the power of the BYG/Actuel label in the early 70s – but tracks that actually come from a variety of different sessions that Ra himself did with the Arkestra in the late 60s! Tracks are shortish, but very inventive – a well-chosen snapshot of all the new ideas that the group were cooking up during the end of the 60s in New York, with an increased mission to explore the outer reaches of space, and use more electronics than ever before! Ra plays some killer keyboards – moog, spacemaster, and acoustic piano – often with these really eerie tones – and other players include Kwame Hadi on trumpet, Akh Tal Ebah on space dimension mellophone, Ali Hassan on trombone, Marshal Allen and Danny Davis on alto and flute, John Gilmore on tenor, and Pat Patrick on baritone – and the whole group vocalizes at points, joined by other singers who include June Tyson and Art Jenkins. There's also some great use of "strange strings" on the sessions, not to mention a bit of reverb – and tracks titles include "Spectrum", "The Satellites Are Spinning", "Seen III Took 4", "Adventures Of Bugs Hunter", "Legend", "The Realm Of Lightning", "The Utter Nots", "Outer Spaceways Inc", "Scene 1 Take 1", "Strange Worlds", "Ancient Ethiopia", "Pyramids", and "Interpretation".  © 1996-2022, Dusty Groove, Inc.
(Fantastic reissue pressing – newly-mastered sound, new notes, corrected dates and graphics, and even one track in the real speed version!)