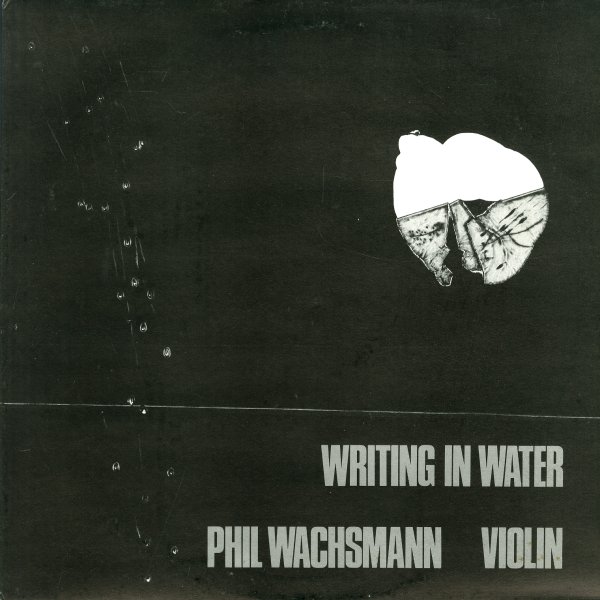 A really overlooked album from one of the most understated players on the UK improvising scene of the 70s and 80s – violinist Phil Wachsmann, who works here in a fantastic array of sounds and styles! Phil plays violin, but also uses a fair bit of electronics – and the result is partly free jazz, in the tradition of Leroy Jenkins or Billy Bang – and partly minimalist expression on the core instrument – these subtle sonic flows that have wonderful cycles that amplify the moments of individual expression from Wachsmann in really beautiful ways! The sound is every bit as evocative as the title of the record – which is maybe also a great indication of the sense of flow in Phil's approach here – on two long tracks, "Water Writing" and "Writing In Water".  © 1996-2020, Dusty Groove, Inc.
(Nice LP sleeve edition!)