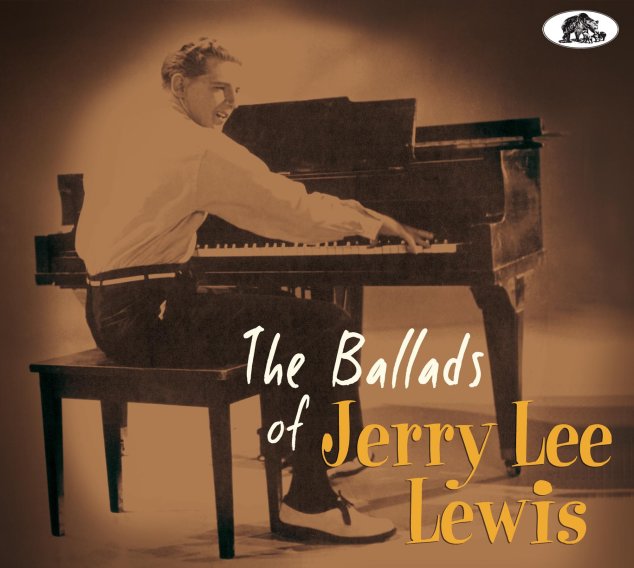 A great set of work from Jerry Lee Lewis – material that really shows off the many-faceted levels of his genius, in a way that's different than some of the bigger hits of his early days! Sure, Jerry could be a rocker who could burn up the piano when he wanted – but he was also a skilled singer at mellower material, particularly with a country sort of tinge – really opening up some of the bluer, more melancholy modes that would really come to prominence during his great second career chapter on Mercury and Smash! These cuts, though, are from the early Sun Records sessions – material that wasn't always given strong favor by the label at the time, in deference to more chartbound rockers – collected together here in a great 27 track package that really opens up our understanding of the Jerry Lee Lewis sound. Titles include "Born To Lose", "Crazy Arms", "Invitation To Your Party", "I'm The Guilty One", "Fools Like Me", "Love On Broadway", "The Ballad Of Billy Joe", "I Know What It Means", "You Win Again", "Cold Cold Heart", "Seasons Of My Heart", and a nice duet with Charlie Rich on "Sail Away".  © 1996-2021, Dusty Groove, Inc.