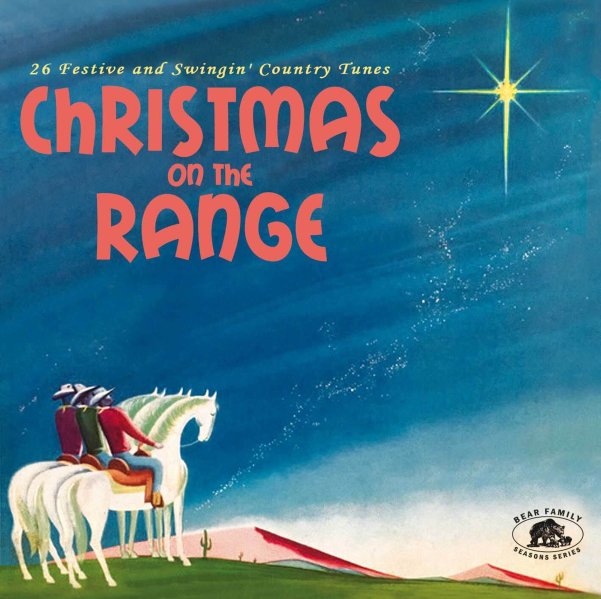 A really cool collection of vintage country music Christmas tunes – not just hits, but some excellent obscure material – all pulled together in a way that really lives up to the high standards we expect from the Bear Family label! These tracks are pulled together from a variety of labels and sources, and don't just include cowboy numbers you might guess from the "range" in the title – but also western swing, honky tonk, and maybe a few countrypolitan gems as well! The set features 26 titles in all – with great graphics and notes throughout – to accompany titles that include "Santa Claus Is Coming" by Skeeter Davis, "Santa's On His Way" by Bob Wills, "North Pole Boogie" by Billy Briggs, "Christmas Can't Be Far Away" by Eddie Arnold, "Christmas Time's A-Coming" by Bill Monroe, "Jolly Old St Nicholas" by Wilf Carter, "I Wish Everyday Was Christmas" by Ray Salter, "New Baby For Christmas" by George Jones, "Blue Snowfall" by George Morgan, "White Christmas" by Ernest Tubb, "Christmas Carols By The Old Corral" by Tex Ritter, "No Place Like Home On Christmas" by Little Jimmy Dickens, "It's Christmas Time" by The Louvin Brothers, "Home At Christmas" by Nelson Young, "I'm Gonna Lasso Santa" by Brenda Lee, and "We Wanna See Santa Do The Mambo" by Terry Fell.  © 1996-2021, Dusty Groove, Inc.

Black Is The Color Of My True Love's Hair – A Selection Of Norwegian Folk Jazz 1971 to 1977
Plastic Strip Press (Norway), Mid 70s. New Copy
CD...$14.99 19.99
The combination of folk roots and jazz-based instrumentation – a style that only flourished briefly in the US at the start of the 60s, but one that got much greater play in later years on the Scandinavian scene! This ultra-cool collection offers a great look at the genre from a Norwegian ... CD