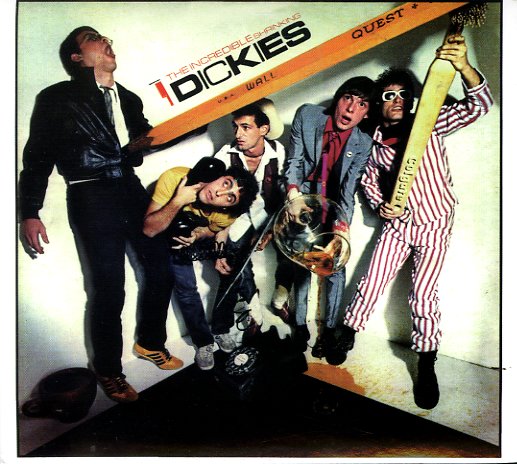 That's a goofy image on the cover – but it's also a perfect introduction to the world of The Dickies – one of the few late 70s punk bands to really showcase a sense of humor! Make no mistake, these guys are the real deal – able to play loud and fast, in a way that even transforms some of the older material they throw into the mix alongside their originals – and despite the record's appearance on a major label, the handling of the material is rock solid throughout. Titles include "Waterslide", "Walk Like An Egg", "Curb Job", "Shake & Bake", "Rondo", "Eve Of Destruction", "Shadow Man", "Mental Ward", "Poodle Party", "You Drive Me Ape", and their great cover of "Paranoid" – a cut that works wonders to tear down everything the monolith of 70s music had created during the decade!  © 1996-2021, Dusty Groove, Inc.