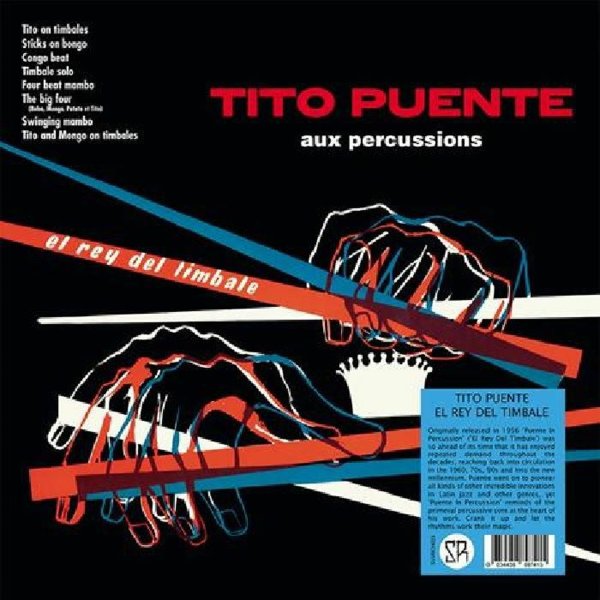 Essential grooves from Tito Puente – a really unique record for the time, and a set that's only grown in power over the years! The album's an all-percussion jam from Puente – one that strips away most other instrumentation, to focus just on heavy drum work from Puente and a core group of players that includes Mongo Santamaria, Willie Bobo, and Patato Valdes! There's only just a bit of bass – played by Robert Rodriguez – to focus the energy of the percussion, and the timbales, congas, and bongos offer up both melodic lines and rhythmic grooves – a groundbreaking sound, recorded brilliantly back in the 50s! The album's got a killer stripped-down feel that you rarely get on other Tito Puente records – and tracks include "Tito on Timbales", "Swinging Mambo", "Congo Beat", "Sticks On Bongo", "Tito & Mongo On Timbales", "Four Beat Mambo", and "The Big Four".  © 1996-2021, Dusty Groove, Inc.