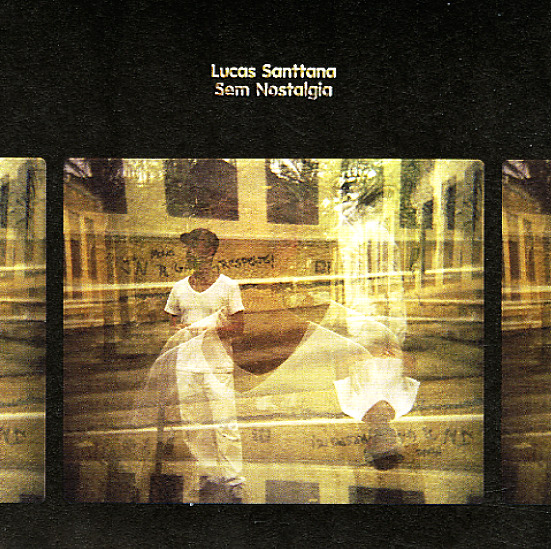 Another bold leap forward for Lucas Santtana – a Brazilian artist who really blows our mind with each new release! It's been a few years since we last heard from Lucas, but it's clear he's been doing plenty during the time – coming up with fresh new ideas, working on some English-based lyrics, and continuing to deepen his role as one of the greatest contemporary musicians working in Brazil! Some of the set echoes the dubbier styles of Lucas' last album – but other bits are more acoustic, and show a whole different sonic aspect in his music – one that almost moves towards the Kassin/Domenico camp, but with a quality that's a bit more personal too – possibly because of the English lyrics on about half of the album's tracks. The guitar is often produced with a weird echoey edge – vaguely metallic, yet still surprisingly warm – and Santtana's vocals have really developed a great sense of feeling over the years. Titles include "Who Can Say Which Way", "Super Violao Mashup", "Amor Em Jacuma", "Ca Pra Nos", "I Can't Live Far From My Music", "Hold Me In", "Natureza #1 Em Mi Maior", "Ripple Of The Water", and "Cira Regina E Nana".  © 1996-2021, Dusty Groove, Inc.