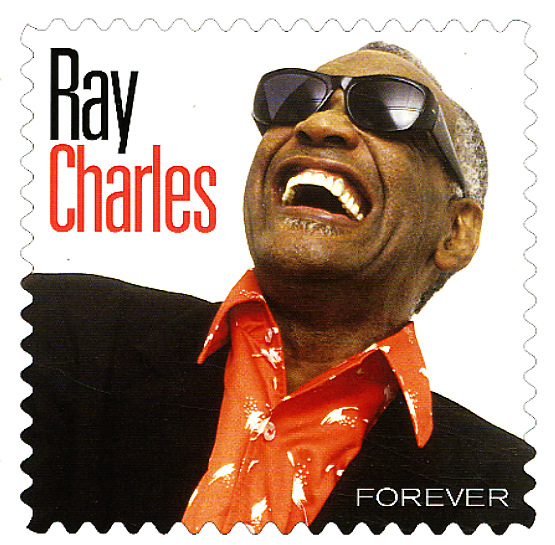 A special assortment of Ray Charles material – pulled from his classic recordings for the Tangerine label, and including one previously unreleased track – and a bonus DVD as well! The occasion for the album is the issue of the USPS Ray Charles stamp – but the set more than stands strongly enough on its own – with a blend of cuts that includes the never-heard "They Can't Take That Away From Me" – plus "None Of Us Are Free", "Imagine", "So Help Me God", "America The Beautiful", "A Song For You", "Ring Of Fire", "Come Rain Or Come Shine", "Isn't It Wonderful", and "A Song For You". DVD features the 21 minute featurette – "Ray Charles Forever".  © 1996-2021, Dusty Groove, Inc.
(Still sealed, rear case has a small cutout hole.)