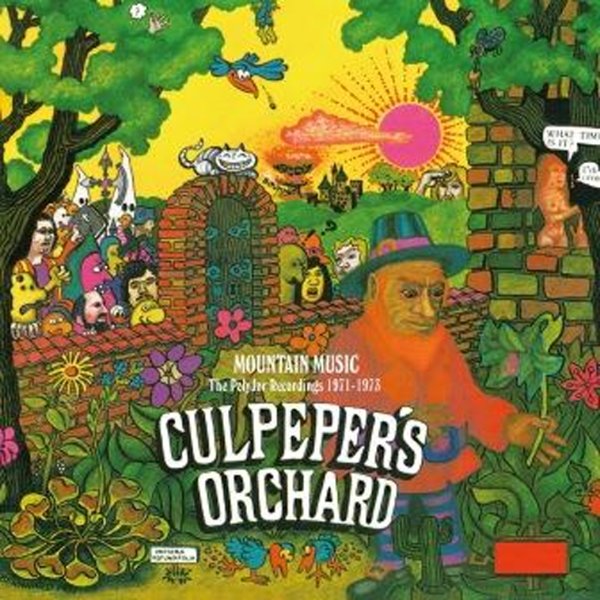 The complete Polydor Recordings of Culpeper's Orchard – a Danish group who are every bit as enigmatic as their name! The set begins with their debut – a great record from overlooked Danish group at the start of the 70s – a combo who could easily step between folksy and progressive modes, and who often had a warm sense of harmony in their vocals! Culpepper's Orchard are always very much their own sort of group – but they have a great way of shifting back and forth between key styles of the time – so that the harmonies might rival CSNY, while the acoustic elements might echo the darker corners of the Island Records scene, and more electric moments might link these guys to more of their Scandinavian contemporaries. The production is really top-shelf – clearly a big push on the group by Polydor at the time – and the album's one of those rock-solid European obscurities that really deserves wider recognition. Titles include "Gideon's Trap", "Blue Day's Morning", "Mountain Music", "Teaparty For An Orchard", and "Ode To Resistance". Next is Second Sight – wonderful work from Culpeper's Orchard – a group who equally balance headier elements with softer, more acoustic modes – often using harmonized vocals in a really great way! Unlike American acts of the early 70s, who were shifting from a CSN-inspired sound to soft rock, Culpeper's Orchard really keep things sharp here – mixing in some excellent guitar work to balance the vocals, so that they've got this double-pronged approach, and a more rocking vibe overall! Titles include "Julia", "Keyboard Waltz", "Late Night Woman Blues", Mind Pollution/Weather Report", and "Satisfied Mind". The group continue their strong run on the album Going For A Song – but also add in more acoustic modes, including mandolin and dobro, mixed with some steel guitar – to unlock more rootsy elements in their sound. Titles include "Trying To Find Home", "Good Days", "Alone In Pain", "Sailor", "New Day New Day", "Before It Began", and "Roger & Out". CD set also features the single cut "Steamhouse", and three more tracks from compilations!  © 1996-2022, Dusty Groove, Inc.