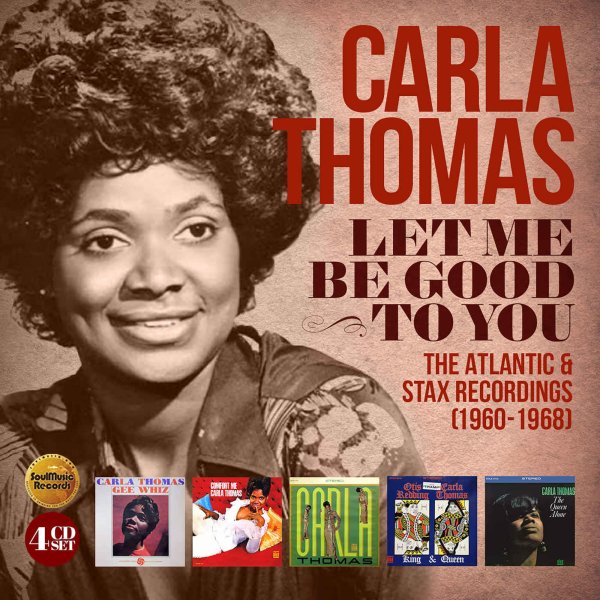 A long-overdue collection of the wealth of work that Carla Thomas did for Stax Records in the 60s – the wonderfully rich first section of her career, when the label was working in strong partnership with Atlantic Records! Carla's the daughter of Memphis soul legend Rufus Thomas – who first brought her to Stax, and helped launch her career – yet right from the start, it was clear that the younger Thomas was a star waiting to shine on her own – one of the first deep soul divas of the 60s to also showcase a strength for more sophisticated styles too – a bit like the blend that Aretha Franklin was recording at Columbia before moving to Atlantic – territory that Carla Thomas clearly held first in the heart of the label! The box brings together 94 tracks in all – a huge amount of Stax material, including all her duets with Otis Redding and Rufus Thomas – plus singles and b-sides too – all with a great presentation and a huge booklet of notes. Titles include "Let Me Be Good To You (live)", "Let It Be Me", "Night Time Is The Right Time", "What Have You Got To Offer Me", "Never Let You Go", "It Takes Two", "Knock On Wood", "Fate", "Looking Back", "For You", "I Didn't Believe", "The Puppet", "What A Fool I've Been", "The Life I Live", "I Fall To Pieces", "Winter Snow", "When Something Is Wrong With My Baby", "No Time To Lose", "How Do You Quit", and lots lots more!  © 1996-2021, Dusty Groove, Inc.