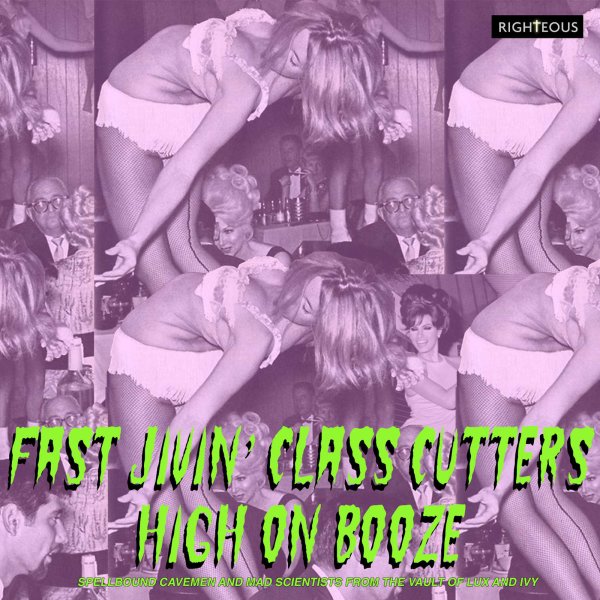 Those crazy Cramps are at it again – serving up an insane array of rare 45s with a really mad mix of styles – the kind of sounds that you might hear if you fell asleep and woke up in a world of b-movies and 60s exploitation flicks! The styles are hard to peg – you might almost say "The Cramps" – and give enough of a hint – and these are all the real deal – the kind of weird and wonderful 7" singles that were recorded by the thousands back when studios were cheap, pressing plants did heavy business, and every local scene seemed to have some completely creative combos and producers. The package features 42 tracks in all – and titles include "Spunky Onions" by Billy Davis & The Legends, "Tomahawk" by Tom Brown & The Tom Toms, "Mr Custer Stomp" by The Scouts, "Sleeping In A Car" by Tyrone Bracken, "Yabba Dabba Doo" by Frankie Davidson, "Like Spellbound" by Tarantulas, "Kan Gu Wa" by The Scholars, "The Ghost Hop" by Surfmen, "Space Monkey" by Lisa Anders & The Victory Five, "Cerveza" by Boots Brown, "Shot Rod" by Conny & The Bellhops, and "Upturn" by Eddie Smith & The Hornets.  © 1996-2022, Dusty Groove, Inc.