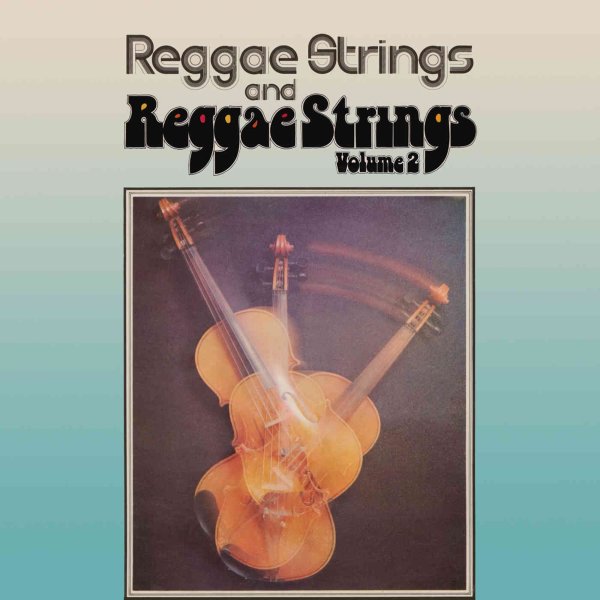 A great pair of records – plus a huge amount of bonus tracks too! First up is the debut Reggae Strings album – one of the most unique albums on the Trojan label during the 70s – and a surprising hit for the company too! The approach here is very unusual – as the cuts here all are earlier Trojan vocal singles that had larger backings provided by UK maestro Johnny Archey – then stripped of their vocals and presented as instrumentals! As you'd guess by the names, Archey adds strings to the Kingston rhythms – but the approach is surprisingly nice – almost like early reggae rhythms coming into play with the best of the UK sound library generation – with results that are as groovy as that description might imply. Titles include "World Without Love", "One Woman", "Let The Man Go", "Leaving Rome", "Pantomime", "God Bless The Children", and "Young Gifted & Black". Reggae Strings 2 is a set that follows nicely on the first Reggae Strings effort on Trojan – and, like the first, a package that features older vocal tracks with the lyrics stripped away, all to provide a focus on the fuller orchestrations of Johnny Archey! The approach is cooler than you'd guess – lots of nice charts that bring a bit of 70s smooth to the sound of Trojan – almost like Barry White was recording down in Kingston – on titles that include "How Many Times", "Jump Hallelujah", "Strange World", "It's Too Late", "Tell It Like It Is", "Scientist", "Jamaica Jerkoff", and "Sweet Bitter Love". 2CD set features 25 bonus tracks too – all the original vocal tunes used for the strings versions – with work by Bob Andy, The Dynamites, Greyhound, Bob & Marcia, Nicky Thomas, Danny Ray, Merlene Webber, The Uniques, Pioneers, Winston Groovy, and others! 51 tracks in all – and a nice set of notes.  © 1996-2021, Dusty Groove, Inc.