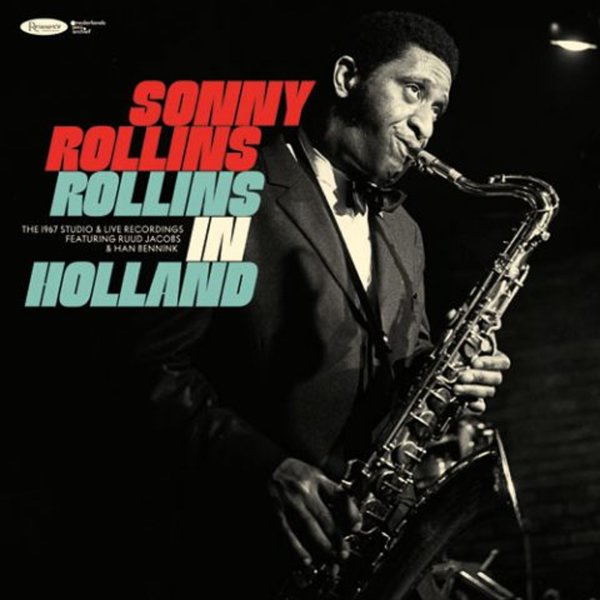 Stunning rare material from Sonny Rollins – from a period when he wasn't doing that much work in the studio! The double-length package features Sonny blowing with a great sense of majesty and freedom – working in trio format that recalls his classic Vanguard recordings for Blue Note – but with Ruud Jacobs on bass and Han Bennink on drums – both great players who really help Rollins keep his modern edge! This isn't just a pickup overseas rhythm section – as Bennink is fantastic, at a point right before he was moving into free jazz – and Jacobs is a hell of a bassist who always makes a group sound great. The set features four studio tracks – "Blue Room", "Four", "Tune Up", and "Love Walked In" – plus more live material from the same month – long tracks "Love Walked In", "Four", "On Green Dolphin Street/There Will Never Be Another You", "Sonnymoon For Two", "They Can't Take That Away From Me/Sonnymoon For Two", and "Three Little Words". Also features a 100 page booklet – with rare photos, essays, and even an interview with Sonny!  © 1996-2023, Dusty Groove, Inc.