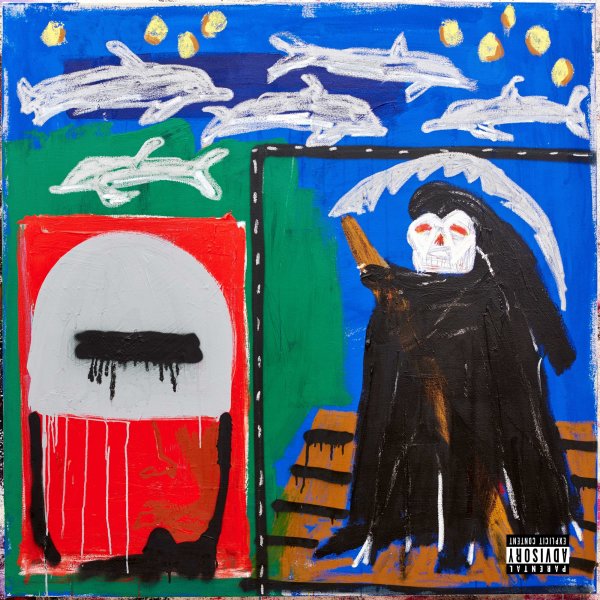 A dolphin welcomes the listener to the record – a sign that you're clearly in for something different than usual – and that sense of whimsy returns throughout, in a mix of rhythms, sound samples, and other elements that all stand as a nice contrast to the more straightforward rhymes in the lead! The beats are nicely varied, as are the styles – and there's plenty of 70s funk references on some of the better cuts – plus more dolphins as well! Guests include Yung Mehico and Hologram – and titles include "Latin Grammys", "Capoeira", "Hard Target", "Marcus Aurelius", "Shredder", "Cliff Hanger", "Splash", "Mongola", "Vega", and "Golden Eye".  © 1996-2020, Dusty Groove, Inc.

King's Disease
Mass Appeal, 2020. New Copy
CD...$12.99 13.99
Seasons and styles change, but Nas stays true to his strong suits and status as one of the longest running living legends in the game! He stays in his neo-classic comfort zone on King's Disease – leading the way throughout with remarkably wordy, charismatically delivered rhymes, never fading ... CD