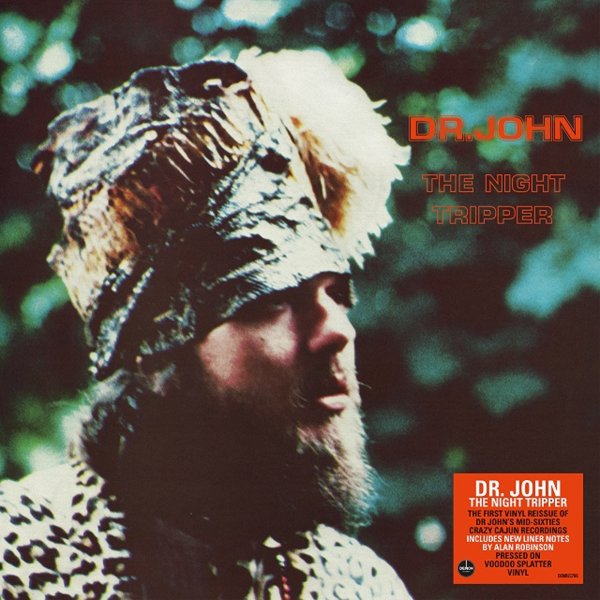 The title here is the name under which Dr John was later known during his Atlantic Records years – but the tracks here were recorded immediately before – nicely gritty work done for the Crazy Cajun label – way up in the Louisiana swampland, which must have provided plenty of inspiration for the sounds within! All the later charms of the Doctor are here – but the tunes are maybe a bit shorter, with an excellent vibe that's never overdone – yet which still has that blend of trippiness and voodoo soul that nobody else can do this well. Huey P Meaux produced, and titles include "Go Ahead On", "Don't Want No Monkey In My Business", "Loser For You Baby", "The Ear Is On Strike", "I Pulled The Cover Off You Two Lovers", "Chicky Wow Wow", and "I Got Lonesomeitis".  © 1996-2022, Dusty Groove, Inc.
(On "voodoo" splatter vinyl!)