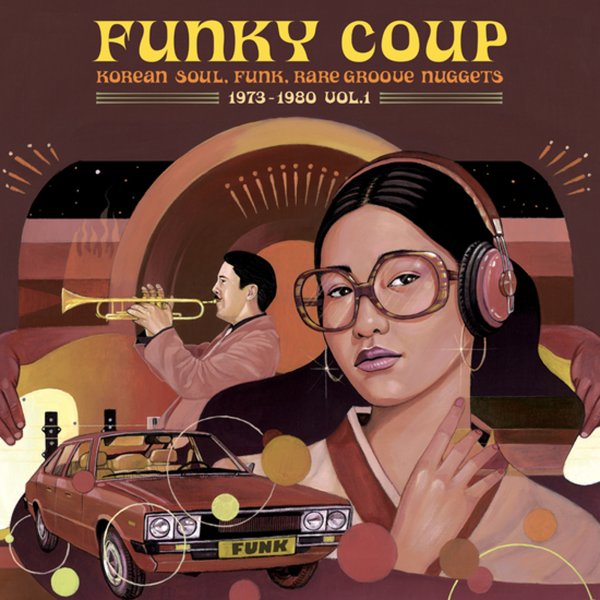 Very rare tracks from the Korean scene of the 70s – a huge amount of work we've never heard before, and which shows that the southern half of the peninsula was turning out some very groovy tunes! Some tracks are all-out funk, others have a more disco-based approach – and throughout, there's a slightly off-kilter vibe – a bit like some of the collections of Southeast Asian material of this nature that we've heard – with less of the tight production and arrangements that Japanese soul was using at the time. Lyrics are all in Korean, as are most of the song titles – and the double-length set is overflowing with fresh musical discoveries by artists who include Choi Heon, Kim Trio, Ryu Bok-Sung & His Bongo Orchestra, Yoon Si-Nae, Kim Sung-Ae, Devils, Beauty Girls, Jungmin & Cheonggaeguri, Okhee, and Mujigae Quintet.  © 1996-2020, Dusty Groove, Inc.
(Note: Cover corner is slightly bumped, and top seam has some very light wear from shipping – but the cover is fine otherwise.)