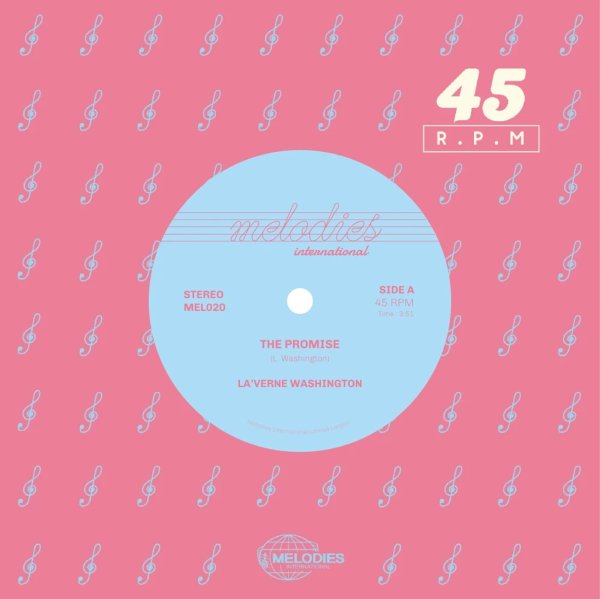 Two great tracks from La'Verne Washington – a west coast 80s soul singer we've never heard of, but who really shines here! "Promise" has a great bassline – courtesy of the legendary Carol Kaye – and the tune bumps along with keyboards that are balanced by the richer, deeper suol vocals of Washington – who works here with a really great range! "I Found" on the flipside is a mellower number, but great too – and La'Verne has this flow that's matched by supporting female vocals – almost a mix of secular link and spiritual energy!  © 1996-2021, Dusty Groove, Inc.