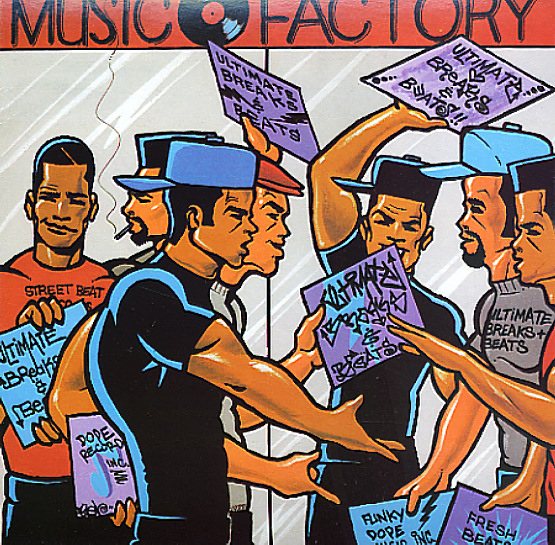 Twentieth volume in this long running classic series of comps, one that we know will never go out of style, not just because the tracks are an incredible collection of funky originals and break laden numbers, but because they've inspired kids from Munich to Montana to hit the wheels of steel! This volume has the guys trading records on the front cover and features edited versions of Roy Ayers "Lonesome Cowboy", Joe Quarterman's "I'm Gonna Get You" and Friend & Lover's "Reach Out Of Darkness", plus Duke Williams' "Chinese Chicken", The Chubukos (aka Afrique) "House Of Rising Funk", Eddie Bo "Hook & Sling" and Bill Withers "Kissing My Love".  © 1996-2023, Dusty Groove, Inc.
(Cover has minimal wear. Labels have a beat sticker into the runout grooves.)