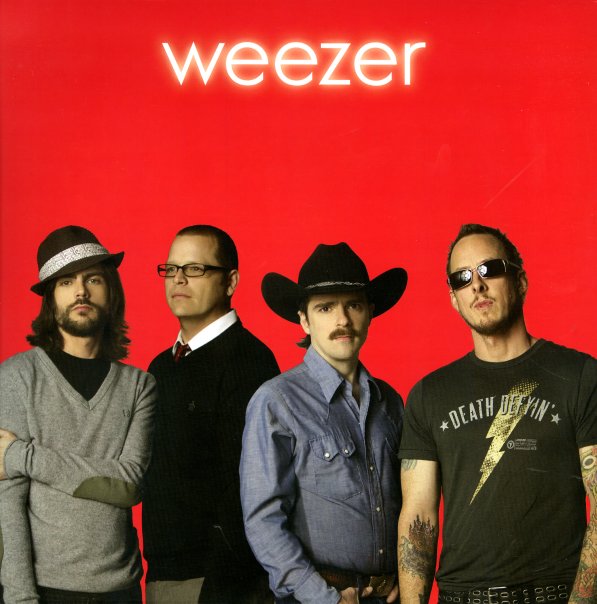 Weezer's third self-titled album, but the red album is a little less of a self-conscious back-to-basics affair as the blue and green albums – but focused as ever on big guitars, catchy choruses and fun/awkward lyrics. Still working with Rick Rubin, at least in part, with the bigger production vibe of Make Believe, but it's less the Rivers Cuomo show than all the Weezer albums to date, with a couple songs written and sung by the other guys, and a couple longer, perhaps Queen-inspired jams. Includes the singles "Troublemaker" and "Pork And Beans", "Heart Songs", "The Greatest Man That Ever Lived", "Cold Dark World", "Automatic", "The Angel And The One" and more.  © 1996-2021, Dusty Groove, Inc.
(2016 reissue. Cover has light wear.)