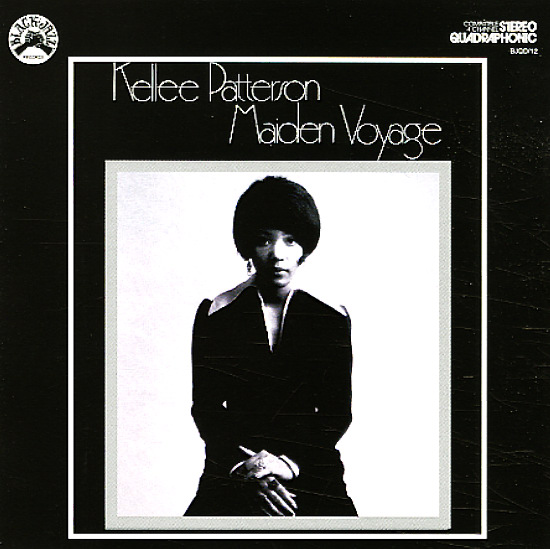 Also available
Kellee Patterson — Maiden Voyage ... LP 16.99
The most righteous album ever from Kellee Patterson – her first record, and a set that's way different from her more soul-based sides of later years! The album's got Patterson working in a wonderfully soulful approach to jazz – a style that's not unlike the earliest work by Dee Dee Bridgewater, especially her seminal Afro Blue album – and which mixes Kellee's unique vocals with some very hip backings that are right in the best Black Jazz mode! Instrumentation is from a loose jazz combo, and the tunes are a mix of jazzy numbers and a few tighter tracks – a really rich array of sounds that comes together beautifully in the hands of producer Gene Russell. Titles include a stellar version of Herbie Hancock's "Maiden Voyage", a great take on the Flip Nunez number "See You Later", and the tracks "Soul Daddy", "Be All Your Own", "Magic Wand Of Love", "You", and "Look At The Child".  © 1996-2023, Dusty Groove, Inc.

Pussycat
Sundazed, Early 60s. New Copy
CD...$15.99 16.99 (LP...$23.99)
A lost second chapter in the career of Mimi Roman – a singer best known for her groundbreaking country and rockabilly material for Decca in the 50s, but one who had a much greater range than most knew at the time! The material here features Mimi as Kitty Ford – a playful female ... CD

Our Lives Are Shaped By What We Love – Motown's MoWest Story 1971 to 1973
Motown/MoWest/Light In The Attic, Early 70s. New Copy
CD...$4.99 15.98
The first ever compilation of the best music made for MoWest – the eclectic, but still soulful cuts made when Berry Gordy Jr. relocated from Motown to the west coast in the early 70s – releasing cool and sometimes strange music with a soul background, yet toasted by LA sunshine! The ... CD