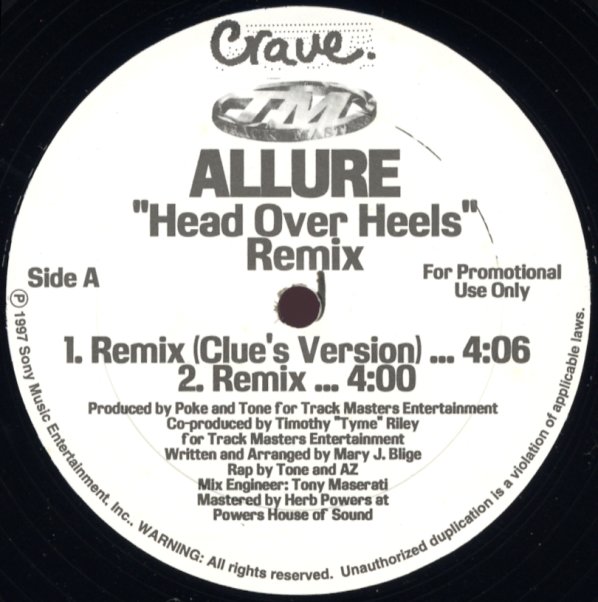 Can You Feel The Force (voc, inst)
Epic, 1978. Near Mint-
12-inch...$7.99
A real 70s killer from Real Thing – a tune that has a jazzy clubby sound that's very much in the best Earth Wind & Fire mode – right down to the riffing instrumentation and tightly crafted percussion! And while the title seems to be a cheap Stars Wars rip-off, the only side of the ... 12-inch, Vinyl record

Love When I'm In Your Arms (double a-side single)
Epic, 1979. Near Mint-
12-inch...$2.99
A nice later number, produced by Ralph MacDonald, from Bobbi's Good Life LP, with less of a jazzy feel and an almost 4 to the floor mid tempo groove. She still cuts it up nicely on flute, and it's got some nice pop-soul vocals over top. 12-inch, Vinyl record

Chocolate Jam (double a-side promo)
Epic, 1979. Very Good+
12-inch...$6.99
A sweet funky dancefloor track from Ndugu Chancler and the Chocolate Jam Co – served up with some nice jazzy touches! "A Chocolate Jam" is a groover with lots of bass on the bottom, plenty of vamping horns, and mixed male/female vocals calling off the tune in a party sort of way. 12-inch, Vinyl record

Eyeballin/Birthday
Epic, 1979. Near Mint-
12-inch...$2.99 6.99
Heatwave grooves always make a great choice for a single – spinning out with even more force than on an LP – and this single is no exception! "Eyeballin" has a silly theme, but a great little groove – tight, riffing, and funky in the best Heatwave mode – and ... 12-inch, Vinyl record