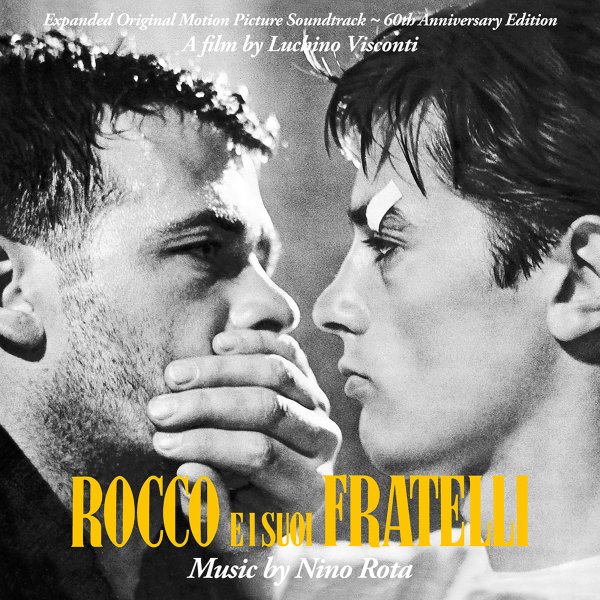 A wonderful Nino Rota score – composed around the same time as his better-known work for Fellini, but done for a film directed by Luchino Visconti! There's a great mix of darkness and light in the music – some playful themes mixed with moodier moments – set to instrumentation that includes organ, bandoneon, violin, and sax – with occasional larger orchestrations as well, but always with that sense of intimacy that made Rota one of the first fresh composers on the European scene of the postwar years. If you dig Rota's work for Fellini, you'll find plenty here to love – on titles that include "Come Tu Vuoi", "Milano E Nadia", "Terra Lontana", "L'Amore Di Rocco", and "La Loro Storia". Plus, this amazing 2CD version features a whole lot of material – 58 tracks in all, with the original album, plus the huge film score, and more bonus tracks too!  © 1996-2022, Dusty Groove, Inc.
(Limited edition of 1000!)