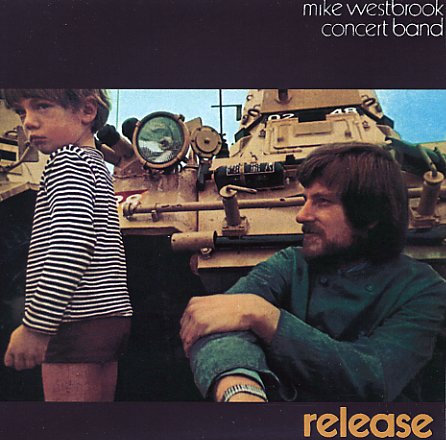 A rarity from 1968 – Mike Westbrook's 2nd album, and a seminal work in the development of his messed-up large group style. On the outside, this is a big band recording, featuring a lineup of great Brit players that includes John Surman, Mike Osborne, Paul Rutherford, and others. Yet although Westbrook has clearly been influenced by modern large group arrangers like Gil Evans and Mingus, he's also throwing in a lot of New York avant ideas here, mixed with some of the brilliant cultural crossover styles that were brewing in London at the time. The record's tough to describe, but it's got an amazing mix of styles that rumbles through a range of material that includes originals like "The Few", "We Salute You", and "Take Me Back" – plus odd covers like "Sugar", "Girl From Ipanema", and "Lover Man". An amazing extended journey that never lets up for a second!  © 1996-2021, Dusty Groove, Inc.