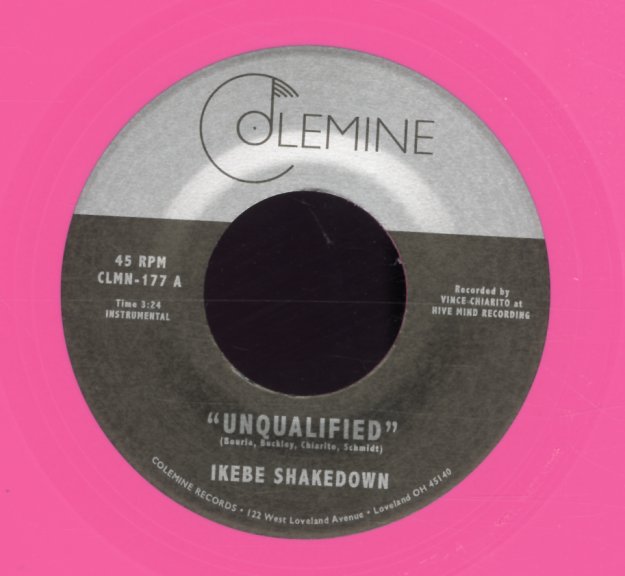 Funky drums and lots of cool chromatic guitar lines get things going on "Unqualified" – before the Ikebe horns some into the mix and really push the whole thing over the top – doing a bit of a sonic dance with the guitar, which almost gives a slight surfish undercurrent to the funk in the grooves! "Horses" is much slower – slower even than a gallop – slow funk rhythms touched with spare likes of colorful guitar – while a trumpet solos moodily over the top, before inviting the rest of the group to play!  © 1996-2021, Dusty Groove, Inc.
(Limited edition pink vinyl pressing!)