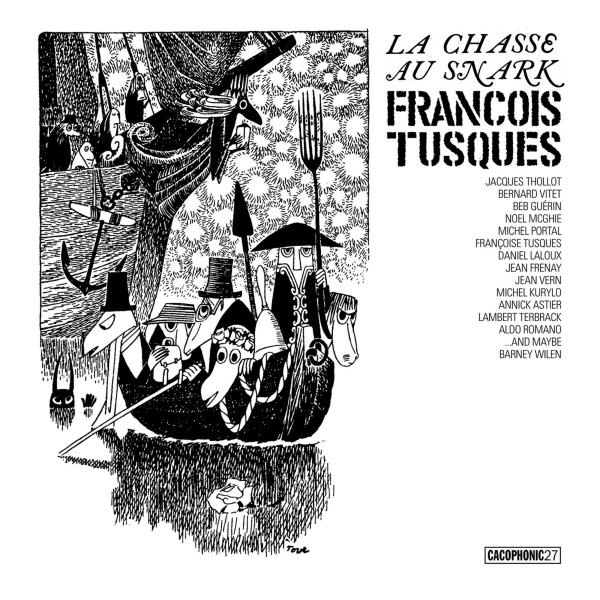 Fantastic work from Francois Tusques – a key member of the Paris jazz scene in the revolutionary year of 1968, and an artist who was very much about the possibilities of the "happening" in jazz! That earlier idea from the art world was a perfect match for the new modes of free jazz that were bubbling up on the European jazz scene of the late 60s – and Tusques was a key force in bringing the two together – as you'll hear on the selections on this set! The material is often based on the poem The Hunting Of The Snark, by Lewis Carroll – but takes shape here in a few different ways, expanding out through one studio performance, two live readings, and one very cool "happening" performance – all with Tusques on piano at the core, and work from other players who include Bernard Vitet on trumpet, Beb Guerin on bass, Jean Frenay and Michel Portal on saxes, Jacques Thollot and Aldo Romano on drums, and Daniel Laloux as a sometime MC for the proceedings! The music is partly in the BYG/Actuel mode of 1969, but also prefaces some of the more freewheeling Parisian modes to come – on four long tracks, titled "La Chasse Au Snark", "Sa Triste Histoire Il S'Offrit A Dire", "Car Le Jujub Etait Un Boojum Voyez Vous", and "Survint Un Silence Supreme".  © 1996-2021, Dusty Groove, Inc.