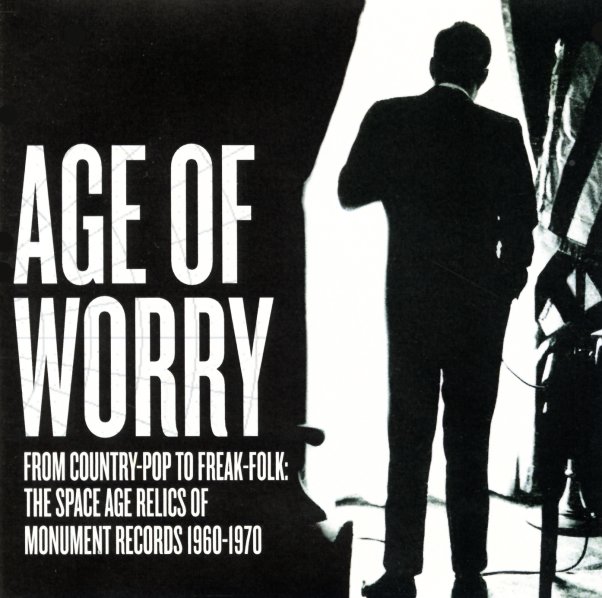 Fantastic sounds from one of the most troubled decades in modern American history – a moment so rocky, its changes and politics even touched the world of country music! While you might think of country as being just a flag-waving, gun-toting version of society, these rare gems show a completely different world – served up by thoughtful, topical tunes that are maybe a more mid-center version of the themes that were more popularly taken up by folk music or hippies at the time! The work is almost all from obscure 45rpm offerings by Monument Records – a very interesting company in the 60s, one that was always a bit off to the left of the Nashville mainstream, and more than willing to take chances – especially with unusual material like this. Some tracks are by older artists, getting hip to the times – but many more are by talents that managed to serve up a few great songs, then slide off the scene for good – leaving us just these tasty relics to remember them by. Omni brought the same great presentation to the package as their Hillbillies In Hell series – on a set of 18 titles that include "Mac The Merchant" by Durwood Haddock, "Age Of Worry" by Billy Walker, "Code Alarm 7" by Vern Stovall, "The Night Miss Nancy Ann's Hotel For Single Girls Burned Down" by Tex Williams, "Love Thy Neighbor" by Carl Vaughn, "Every Man Has A Prison" by Rusty Draper, "Is This The Way Of The Free" by Kenny Jones, "Left Wing Birds" by The Charades, and "A Gun Don't Make A Man" by Capt Ty Herrington.  © 1996-2022, Dusty Groove, Inc.
(Limited edition!)

Second Poem To Karmela – Or Gypsies Are Important
Vanguard/Light In The Attic, 1968. New Copy Gatefold (reissue)
LP...$13.99 19.98 (CD...$5.99)
A totally hip instrumental album from Peter Walker – a Vanguard Records treasure that we'd rank right up there with the label's classics from Sandy Bull! Like Bull, Walker has a way of taking older folk instrumentation into richly psychedelic territory – working here on both the Indian ... LP, Vinyl record album

Bruised Orange (180 gram pressing)
Asylum/Rhino, 1978. New Copy (reissue)
LP...$21.99 23.99 (LP...$49.99)
Great late 70s work from John Prine – a set that signals his shift to Asylum Records from Atlantic, but with a quality that's still got all the best open, honest touches that Prine brought to American music when he emerged from the Chicago scene! Production is by Steve Goodman – an old ... LP, Vinyl record album

Buck Owens (clear vinyl pressing)
Capitol/Sundazed, 1961. New Copy (reissue)
LP...$23.99 24.99
The earliest album that Buck Owens cut for Capitol Records – and a great little set that catches the legend just before he'd put his hit 60s style a bit more firmly in place! Here, Buck is coming across more as a rising talent from the Bakersfield clubs instead of the later chart-topping ... LP, Vinyl record album