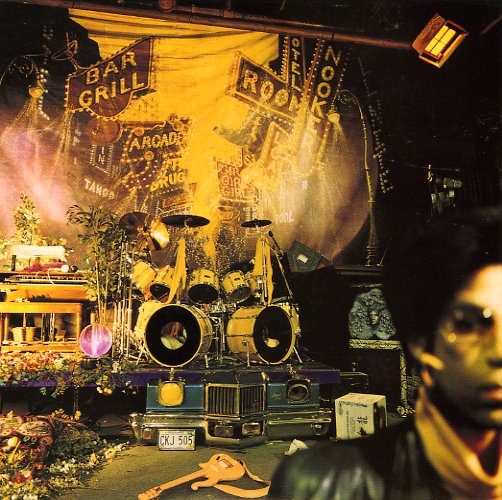 A fantastic record from Prince – a double-length set that came out at a time when the purple one was brimming over with energy and new ideas – and a step slightly in the direction of more socially conscious material! Everything that was great about Prince before the record is completely intact – his amazing ability to create funky grooves, slinky sensuality, and songs that are so catchy, they can win over audiences on both sides of the fence. But there's also some deeper elements here going on too – maybe more space for thoughtful presentation spread out over the 2LPs that comprised the original record – at a level that's only more confirmation of the never-ending genius of prince! Titles include the great title cut "Sign O The Times" – plus "Strange Relationship", "Slow Love", "It's Gonna Be A Beautiful Night", "Adore", "Ballad Of Dorothy Parker", "Housequake", "U Got The Look", "If I Was Your Girlfriend", "I Could Never Take The Place Of Your Man", "The Cross", "Hot Thing", and "Starfish & Coffee". 2020 version – remastered for the first time ever! Massive 8CD/DVD version features lots more material! CD3 features remastered tracks from singles – including "U Got The Look (long look)", "Shockadelica (12" long version)", "Hot Thing (ext rmx)", "Hot Thing (dub rmx)", "I Could Never Take The Place Of Your Man (fade)", "La La He He Hee (highly explosive)", "If I Was Your Girlfriend (edit)", "Housequake (7 minutes moquake)", and "Sign O The Times (edit)". CD4, 5, and 6 include unreleased tracks from Prince's vault – unusual songs, alternate takes, demo versions, and lots more – all appearing here for the first time ever! CD7 and 8 feature an unreleased vintage live show in its entirety – recorded in Utrecht, on June 20, 1987. DVD features an unreleased full Live At Paisley Park show – recorded on New Year's Eve in 1987! Also features a 120 page hardback book – with rare photos, new notes, and lots lots more!  © 1996-2021, Dusty Groove, Inc.

Sign O The Times (3CD deluxe edition)
Paisley Park/Warner, 1987. New Copy 3CD
CD...$28.99 29.98 (LP...$76.99)
A fantastic record from Prince – a double-length set that came out at a time when the purple one was brimming over with energy and new ideas – and a step slightly in the direction of more socially conscious material! Everything that was great about Prince before the record is ... CD