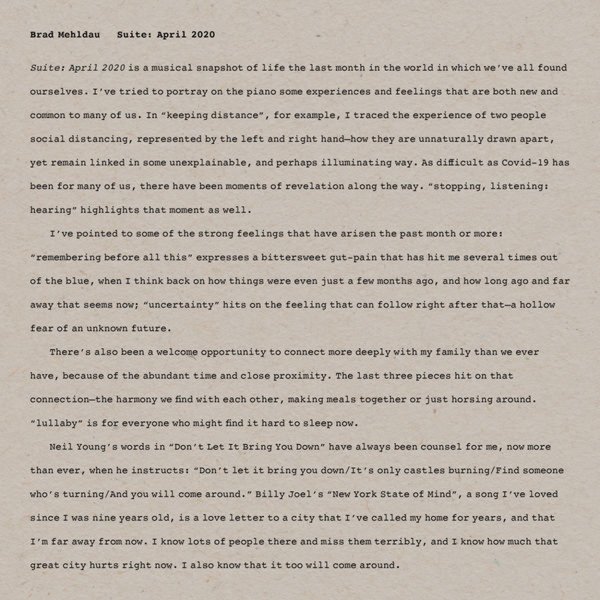 One of the most beautiful, personal albums we've ever heard from pianist Brad Mehldau – a set that gives away its concept right in the title – put together and performed during the month of April 2020 – surely one of the strangest on the planet in recent years! Mehldau mixes his own music with a few key tracks by others – choosing carefully, as he does with his notes on the solo piano – working with a mode that's surprisingly poetic, but also touched with some of the more melancholic moods that gripped so many of us during the initial moments of lockdown. The set's certainly not going to be alone in the world of Covid-19 creativity, but it's certainly one of the most beautiful – with titles that include "Uncertainty", "Remembering Before All This", "Keeping Distance", "Stepping Outside", "Yearning", "Waiting", and "In The Kitchen" – plus versions of "Don't Let It Bring You Down" and "New York State Of Mind".  © 1996-2021, Dusty Groove, Inc.