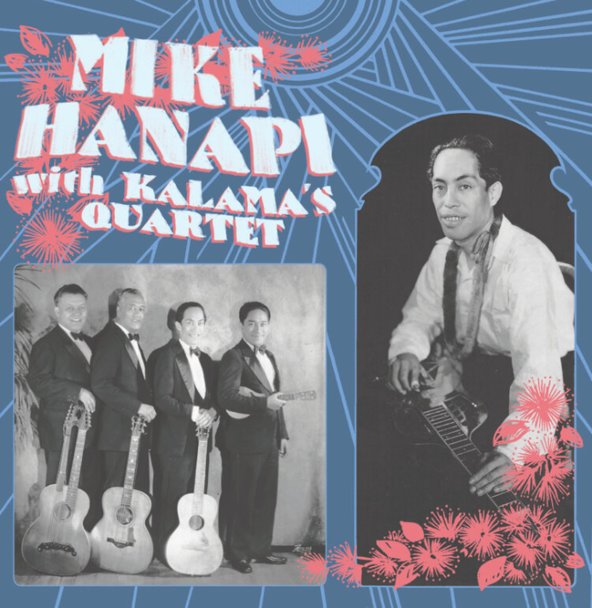 Groundbreaking guitar work from Mike Hanapi – one of the important early guitarists in the Hawaiian slide mode – from a generation that had a huge impact on blues and country music to come! Mike's style here isn't the cheesy 60s Hawaiian modes of the Don Ho generation – and instead the sound is very spare and stripped-down, similar to early string band or blues 78s – all acoustic, and with just guitar and vocals handling most of the sound on the tunes. A number of tracks feature harmony vocals, and all feature laptop slide guitar from Hanapi – on tunes that include "Lei Ohu", "He Manao Healoha", "Hilo Hula", "Song Of Hawaii", "Ua Like No A Like", and "Kalamaula".  © 1996-2021, Dusty Groove, Inc.
(Comes with a great booklet of notes, too!)