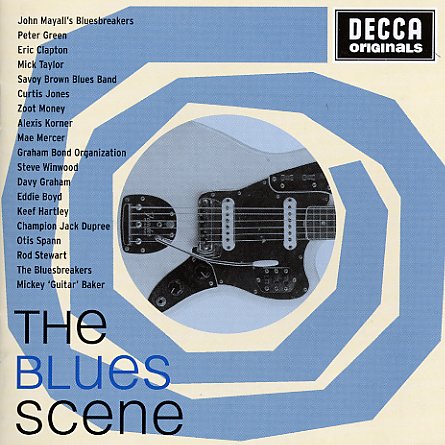 British blues ain't no joke – and as you'll hear by the quality of the work on this set, it had a key influence on the sound of rock and roll all over the world by the end of the 60s! In the beginning, the British blues artists were working in a purer form of the American music than some of their more chart-topping contemporaries at the time – but as the 60s wore on, British blues rock actually became a showcase for some of the most inventive guitar of the time – inspired by older American greats, but taking off with the new freedoms of the rock era. This set does a great job of documenting that shift in styles – and features a few of the best-known Brit blues acts of the late and mid 60s, as well as a few surprisingly entries from American artists – and a host of more obscure numbers by lesser-known British acts of the time. The whole thing's surprisingly wonderful – way better than any cliches you might expect, and served up with the same depth of track selection and notes as the other entries in the Decca "scene" series! Titles include "I Need Your Love" and "The Supernatural" by John Mayall's Bluesbreakers, "Key To The Highway" by Eddie Boyd, "Strut Around" by Graham Bond Organization, "Barrelhouse Woman" by Champion Jack Dupree & Mickey Baker, "Long Night" by Steve Anglo & John Mayall, "Get On The Right Track Baby" by Zoot Money, "24 Hours" by Champion Jack Dupree, "Let Me Love You Baby" by Savoy Brown Blues Band, "Roll Me Over" by Curtis Jones, and "Sweet Little Angel" by Mae Mercer.  © 1996-2021, Dusty Groove, Inc.
(UK Record Store Day limited edition pressing!)