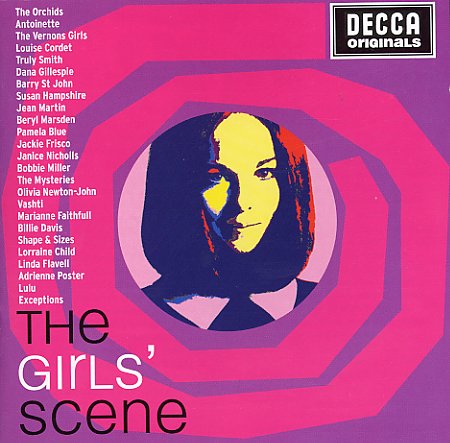 To our ears, the UK scene of the mid 60s was much more of a girl pop haven than the US one of the time – and if this set isn't proof of that fact, we don't know what is! The Brit girl sound of the 60s has certainly been well-represented by recent reissues of work by Sandie Shaw, Petula Clark, and Cilla Black – but here, the sound is a lot lesser-known – served up by 25 lovely females, a few of whom went onto greater fame, but most of whom we're hearing here for the very first time! The collection is incredible – a dream of a set if you dig 60s girl pop, and one that's supported by richly-done notes that are every bit as careful as the overall track selection. Titles include "Oo Chang A Lang" by The Orchids, "Only You Can Do It" by The Vernons Girls, "The Boy From Chelsea" by Truly Smith, "Two Lovers" by Louise Cordet, "You Just Gotta Know My Mind" by Dana Gillespie, "When Love Is True" by Susan Hampshire, "When The Lovelight Starts Shining Through His Eyes" by Beryl Marsden, "My Friend Bobby" by Pamela Blue, "Give Me Rhythm & Blues" by The Mysteries, "Some Things Just Stick In Your Mind" by Vashti, and "Shang A Doo Lang" by Adrienne Poster.  © 1996-2021, Dusty Groove, Inc.
(UK Record Store Day limited edition pressing!)