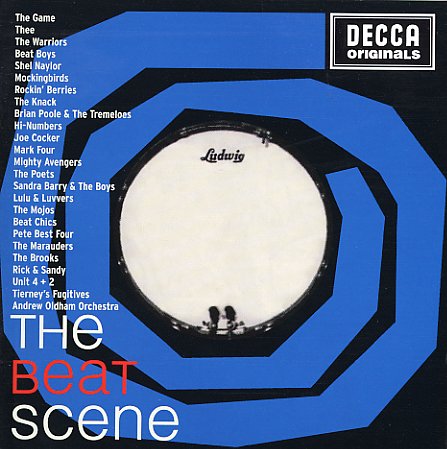 An excellent collection of work from one of our favorite strands of the British scene of the 60s – the all-important beat scene – the mod-styled groups that started to emerge from England at the time, influenced by American soul and R&B, but working in a style that was clearly all their own! There certainly were echoes of the beat sound in the music of The Beatles and other Brit invasion combos – but on the fringes of the scene, the styles were much farther-reaching, and eventually set the stage for progressive and jazz rock modes at the end of the 60s. The key years of the beat scene are nicely documented here by a variety of different groups that go way beyond familiar hits. Titles include "Now I Know" by The Beat Chicks, "I'm Gonna Knock On Your Door" by The Pete Best Four, "Once In A While" by The Brooks, "Who'll Be The Next In Line" by The Knack, "Heart Of Stone" by The Hi Numbers, "Did You Want To Run Away" by Tierney's Fugitives, "I Was Only Playing Games" by Unit 4 & 2, "Lost My Girl" by Rick & Sandy, "That's What I Want" by The Mauraders, "Keep On Dancing" by Brian Poole & The Tremeloes, and "Hurt Me If You Will" by The Mark Four.  © 1996-2021, Dusty Groove, Inc.
(UK Record Store Day limited edition pressing!)