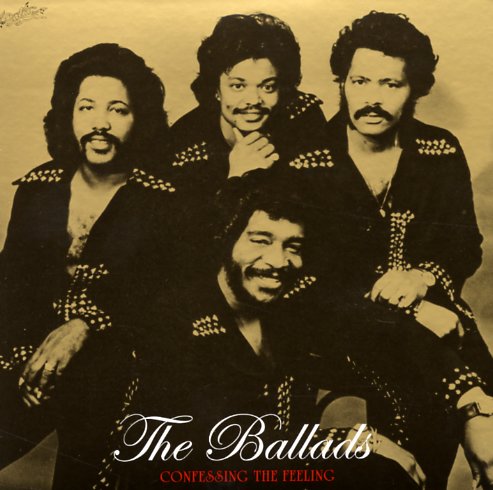 Sweet harmonies and soaring vocals – a sublime collection of 70s work by The Ballads! The group here are a bit more polished than on their earlier singles – but still sounding wonderful overall, and miles from some of the more commercial soul of the time! The rhythms have picked up a bit more than before, but most of the grooves are still on the gentler side of the spectrum – and feature the kind of well-crafted vocals that first got the group noticed in the decade before. A number of cuts show an obvious 70s Philly influence – not unexpected, yet handled in a way that still sounds great for the group. Titles include "Wait", "Baby I'm For Real", "Three Times", "Confessing The Feeling", "Loving You Isn't Enough", "Dizzy World", "What Will Be Will Be", "Will You Be Here", "Sure Feel Like Love", and "Butterfly".  © 1996-2023, Dusty Groove, Inc.