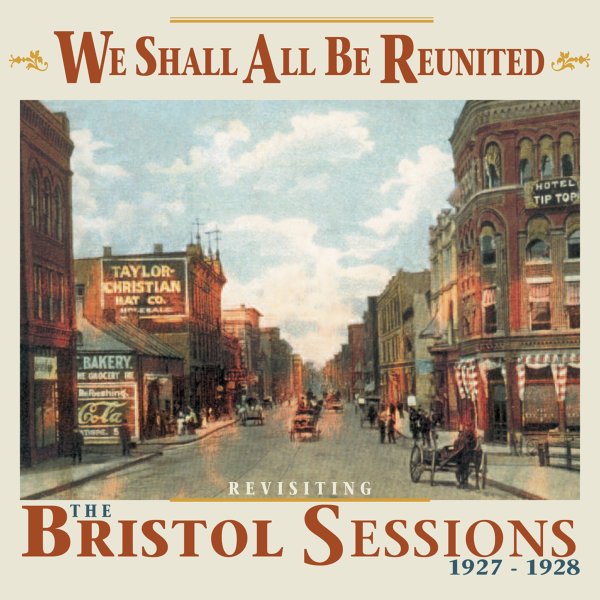 A fantastic look at the legendary Bristol recording sessions from the late 20s – a set of recordings that are often billed as the "big bang" of country music – given that they helped discover Jimmie Rogers and the Carter Family – and began a huge wave of old time recordings that would forever change the face of American music! Bear Family issued a complete collection of the Bristol sessions years back, but this slimmer package is a great look at the huge amount of music captured by producer Ralph Peer – packaged here with a new set of notes and a long essay based on new historical detail – which almost makes the collection essential if you own the box set. But we're guessing you don't, and this CD is a great place to witness the glory of the world of music in eastern Tennessee and western Virginia – fantastic singers and musicians who flocked to Bristol in droves, just to get a chance to record their musical messages. 26 tracks in all – with titles that include "We Shall All Be Reunited" by Alfred G Karnes, "New Orleans Is The Town I Like Best" by Carolina Twins, "We'll Sing On That Shore" by The Palmer Sisters, "My Mother Is Waiting For Me In Heaven Above" by Smith Brothers, "My Name Is Ticklish Reuben" by Smyth County Ramblers, "Standing On The Promises" by Tennessee Mountaineers, "Your Blue Eyes Run Me Crazy" by West Virginia Coon Hunters, "Susanna Gal" by Dad Blackard's Moonshiners, "I'm Redeemed" by Alcoa Quartet, "Black Eyed Susie" by JP Nester, "The Soldier's Poor Little Boy" by The Johnson Brothers, and "Wreck Of The Virginian (take 2)" by Blind Alfred Reed.  © 1996-2021, Dusty Groove, Inc.

Bakersfield Sound – Country Music Capitol Of The West 1940 to 1974 (10CD set)
Bear Family (Germany), 1940s/1950s/1960s/Early 70s. New Copy 10CD
CD...$169.99 249.99
An amazing tribute to the Bakersfield scene – one that finally gives the California city the same sort of attention that we usually see in sets dedicated to Nashville! Bakersfield is well-known as the home of Merle Haggard and Buck Owens, but the city's got a long legacy of influencing ... CD