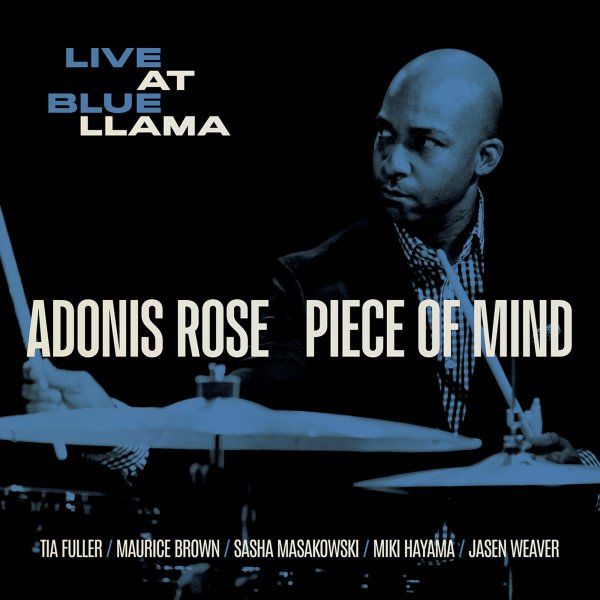 Drummer Adonis Rose leads a strongly soulful group here – a lineup that features Tia Fuller on alto and soprano sax, Maurice Brown on trumpet, and Miki Hayama on a mix of piano and Fender Rhodes – the latter of which sounds mighty nice next to the horns! The date's a live one, but there's a well-composed vibe to the set – almost echoes of earlier soul jazz styles on CTI and Atlantic – no surprise, given that the set features tracks by Freddie Hubbard and Bob James – but with a more personal vibe at times when Sasha Maskowski lends her vocals to the record. The last component of the lineup is Jasen Weaver on bass – and titles include "Piece Of Mind", "Entropy", "Nostalgic Impressions", "Maurice's Rap", "Blue Llama Jam", and "Keep Your Soul Together".  © 1996-2021, Dusty Groove, Inc.