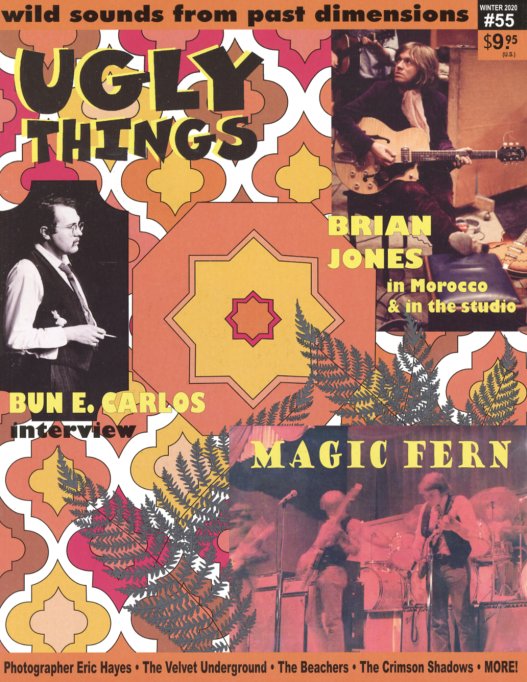 Another great entry in the always-rich musical world of Ugly Things – a publication so jam-packed, it usually takes us five times longer to read than any other music magazine! This time around, the issue features a long interview with Bun E Carlos of Cheap Trick fame – plus a look at Brian Jones' escape from The Rolling Stones to Morocco, and the trippy Northwest band The Magic Fern. There's lots more too – bits on The Velvet Underground, Crimson Shadows, and The Beachers – plus the work of photographer Eric Hayes, and lots more too.  © 1996-2021, Dusty Groove, Inc.