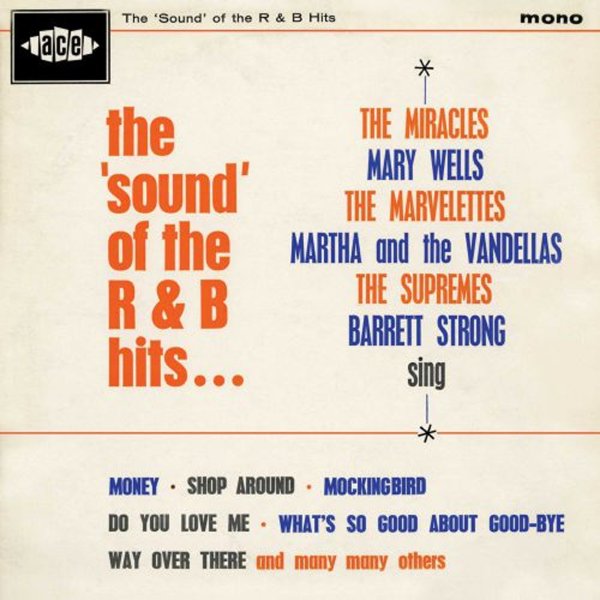 A really classic collection – expanded here with lots of bonus tracks too – all to focus on the best sounds of the early years of Motown! The set's not R&B at all – but it is an important 1964 UK release of vintage Motown material – put on the overseas market after the Beatles, Stones, and other English groups were dipping into the world of motor city soul for their own recordings – which meant that it was more than time enough for some of the original tracks to their a new level of exposure! Motown maybe shaped the sound of rock in the UK even more than it did over here – and this collection is also a great portrait of the key core of artists who made the label so great at the start, before the company started branching out to bring other artists into the roster. Titles include "Money" by Barrett Strong, "Shop Around" and "I Don't Want To Take A Chance" by Mary Wells, "Way Over There" and "The One Who Really Loves You" by The Marvelettes, "Everybody's Gotta Pay Some Dues" and "I'll Try Something New" by The Miracles, "Mocking Bird" by Martha & The Vandellas, and "Let Me Go The Right Way" by The Supremes". The original 14 track album has been expanded to 28 cuts here – with bonus material that includes "Hitch Hike" and "Pride & Joy" by Marvin Gaye, "Please Mr Postman" and "I Want A Guy" by The Marvelettes, "Shake Sherry" by The Contours, "Oh I Apologize" by Barrett Strong, "You've Really Got A Hold On Me" and "I've Been Good To You" by The Miracles, "I Found Myself A Brand New Baby" by Mike & The Modifiers, "You Beat Me To The Punch" by Mary Wells, and "I Found A Girl" by The Valadiers.  © 1996-2020, Dusty Groove, Inc.