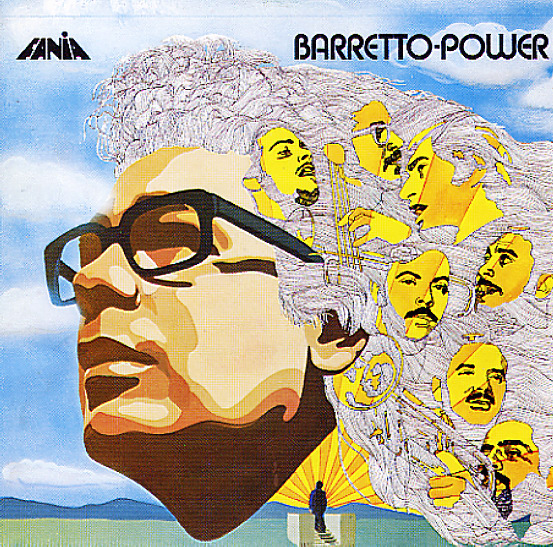 A great Ray Barretto album from 1972 – one that beautifully showcases the master percussionist as he effortlessly shifts between Latin soul and 70's salsa styles! The group's nice and lean – with Adalberto Santiago on vocals, Papy Roman on trumpet, Louis Cruz on piano, and the great Andy Gonzalez on bass – a heck of a player whose solid rhythmic pulse was a big part of so many great albums of the time. Two great tracks make the album totally worth owning – "Right On" and "Power", both of are funky Latin soul numbers that are right out of Ray's Hard Hands period! Other tracks are equally great salsa numbers – and titles include "Y Dicen", "Perla Del Sur", and "Oye La Noticia".  © 1996-2021, Dusty Groove, Inc.
(50th Anniversary Edition on 180 gram vinyl!)

Sacbe
Discos Arte/Favorite (France), 1977. New Copy (reissue)
LP...$28.99
Sweet Latin fusion from Sacbe – a Mexican group, but one who work with some of the best elements of the Brazilian jazz scene of the time – long-flowing lines, nicely complex rhythms, and a very organic sense of balance between the acoustic and electric instruments in the group! These ... LP, Vinyl record album