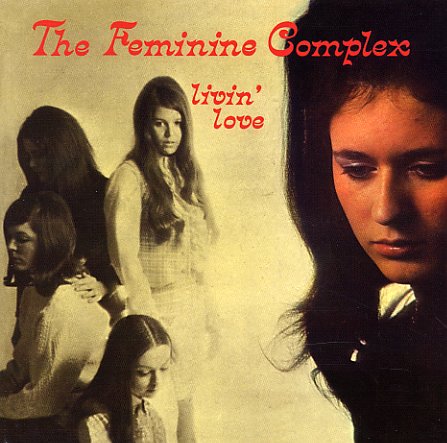 There were plenty of girl garage groups in the 60s – but the Feminine Complex have gone onto legendary status over the years – thanks in part to their ability to put together songs that really knock things out of the park! The music often has a quality that's almost ripe for mixing up for more commercial modes by a bigger label – but it's the earnest, honest vibe of the more stripped-down presentation that really adds a lot of charm – as the group mix together well-chosen mellow moments with harder rocking numbers – completely winning all the way through. Titles include "Run That Thru Your Mind", "Six O'Clock In The Morning", "Hide & Seek", "Now I Need You", "I Won't Run", "Time Slips By", "I've Been Workin On You", and "I Don't Want Another Man". CD set features lots of bonus material – including "A Summer Morning", "The Warmth Of Your Smile", "Is This A Dream", "Movin", "Hold Me", "Now I Care", "Love Love Love", and some demo tracks too!  © 1996-2020, Dusty Groove, Inc.