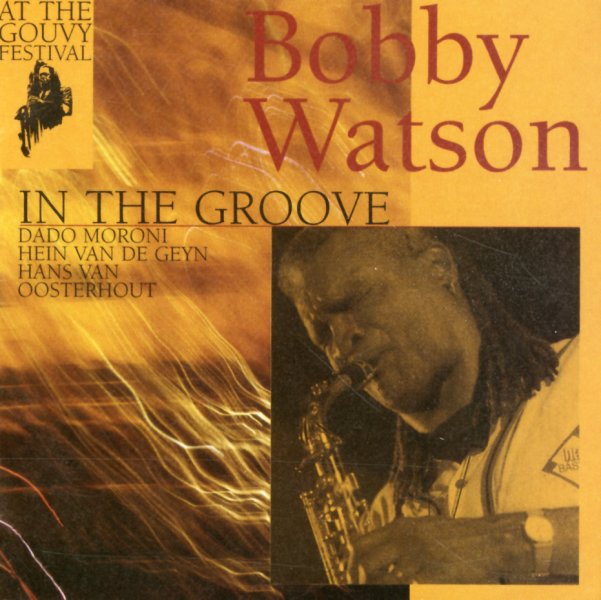 At The Gouvy Festival – In The Groove

Alto genius Bobby Watson is sporting a haircut that's a bit dated on the cover, but sounding completely classic on this excellent live set from the European scene of the 90s – material that stands as a really nice contrast to some of his work in the studio! Bobby's always got such a tight, tremendous, song-based style on his older recordings, it's a nice change to hear him stretch out in a looser live format – which he definitely does here on long tracks that are mostly familiar numbers, but really changed up by Watson and the group! The quartet features Dado Moroni on piano, Hein Van De Geyn on bass, and Hans Van Oosterhout on drums – all as open to explore as Bobby himself – on long tracks that include "Confirmation", "Footprints", "The Shadow Of Your Smile", "Cherokee", and "Blues For Charlie".  © 1996-2021, Dusty Groove, Inc.