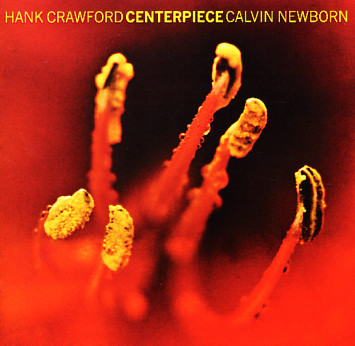 A nice little collaboration between saxophonist Hank Crawford and guitarist Calvin Newborn – a record that turns out to be one of the best from both players for the time! Crawford's managed to shake off some of the hoke of his earlier records – and although his sound here isn't earth-shattering, it's a lot fresher than it might be – with a laidback use of the alto that's augmented by some especially nice Fender Rhodes, as part of Hank's growing talents on the keyboard. Crawford also arranged and produced, but Newborn still gets in plenty of space too – using some bluesier licks to bring in an earthier tone, while still also staying in the smoother feel of the record. Titles include a remake of "Breezin", plus "Centerpiece", "Gee Baby Ain't I Good To You", "I Can't Stand It", "I Had A Dream", and "Frame For The Blues".  © 1996-2020, Dusty Groove, Inc.
(Part of the "Versatile: Find Out Fusion" series!)