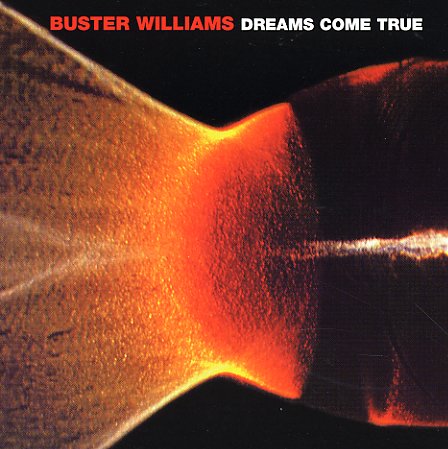 An overlooked set of mellow numbers from bassist Buster Williams – a lost gem that's got a very different feel than some of his earlier work in the 70s, but which is equally soulful! The set's got Buster playing bass over larger arrangements arranged by Kenny Barron and Onaje Allen Gumbs – a blend of soul jazz, strings, and some light wordless vocals from time to time – drifting out over the instrumentation with a sound that's sweetly soulful. Williams acoustic bass is in the lead on all numbers, and on some of the best cuts he plays piccolo bass in a plucked mode – sounding a bit like Ron Carter on some of his 70s sets. Other players include Kenny Barron on acoustic piano, Hubert Laws on flute, Eddie Henderson on trumpet, Hank Crawford on alto sax, and Onaje Allen Gumbs on electric piano. Titles include the funky title cut "Dreams Come True", plus "When The Sky Is Clear", "Seascape", "So Falls The Past", and a cover of "Betcha By Golly Wow".  © 1996-2020, Dusty Groove, Inc.
(Part of the "Versatile: Find Out Fusion" series!)