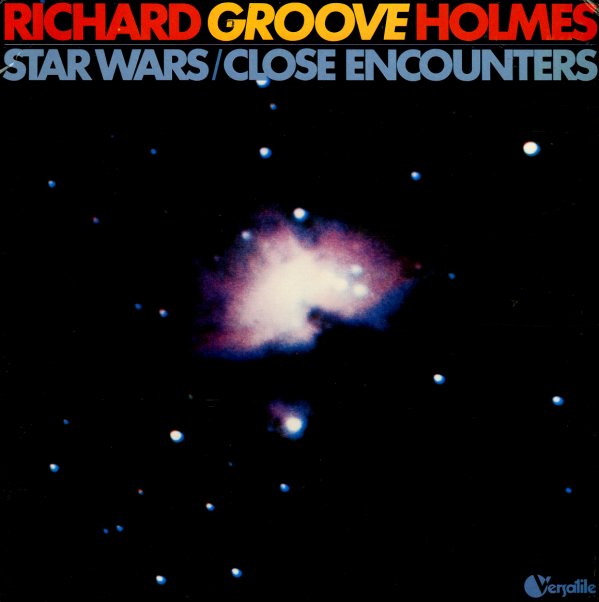 Groove Holmes runs through a set of famous 70s film themes – or tunes associated with films – working here with larger backing arrangements from Mario Sprouse! The style is smooth, but still mighty nice – as the tunes are long, and there's lots of solo space for Groove (who plays a bit of mini Korg on the set next to his organ!) and flautist Karen Josephs, who also gets a lot of solos space too. Sprouse plays all the rest of the keys – Fender Rhodes, Korg, and piano – and the full feel of the tunes has a very soundtracky sound, more in a cop show mode! Titles include "Gonna Fly Now", "Carry On My Wayward Son", "Star Wars", and "Close Encounters". CD also features a bonus unreleased version of "You Light Up My Life".  © 1996-2020, Dusty Groove, Inc.
(Part of the "Versatile: Find Out Fusion" series!)