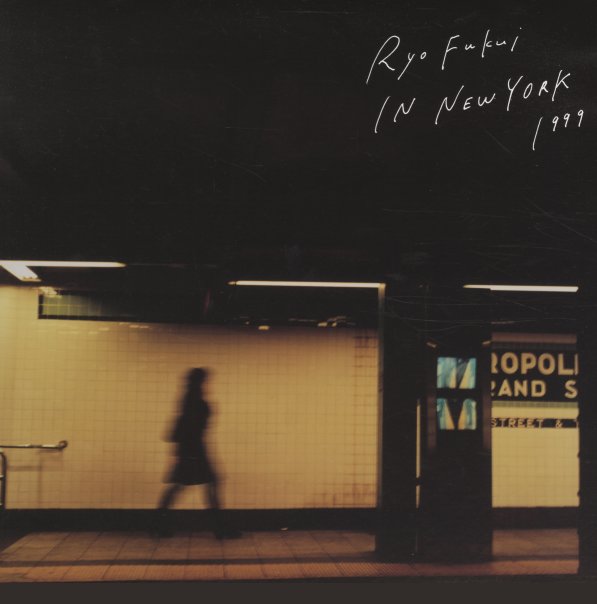 A smoking trio set from Japanese pianist Ryo Fukui – recorded in New York with help from Lisle Atkinson on bass and Leroy Williams on drums! The date's a bit later than some of the classics from the golden age of Japanese piano trio recordings, but has a very similar vibe – and in addition to very deft, expressive work from Fukui – a player who's maybe got more bop elements here than in his early days – the group also really sparkles with the work of Atkinson, a player who's sometimes overlooked, but who always brings a subtle depth to his sessions. Titles include "All The Things You Are", "Embraceable You", "Hot House", "Red Carpet", "Bouncing With Bud", and a great remake of Fukui's earlier song "Mellow Dream".  © 1996-2022, Dusty Groove, Inc.
(Half-speed mastered on 180 gram vinyl! Limited edition.)

Letter From Slow Boat (180 gram pressing)
Sapporo/WRWTFWW (Switzerland), 2015. New Copy (reissue)
LP...$34.99
Beautiful work from pianist Ryo Fukui – a relatively recent set, but one that sparkles with all the charm and imagination of his famous records from years back! The format is a familiar trio – with Takumi Awaya on bass and Itetsu Takemura on drums – but as always with Fukui, the ... LP, Vinyl record album

Live In Nickelsdorf 1984 (4LP set)
Trost (Austria), 1984. New Copy 4LP
LP...$64.99 69.99
A really wonderful under-discovered performance by Sun Ra & The Arkestra – a complete live set from 1984, presented here with really stunning fidelity! The package is a great antidote to some of the fuzzier Ra live sets on the market – as it's got the care that the Trost label has ... LP, Vinyl record album