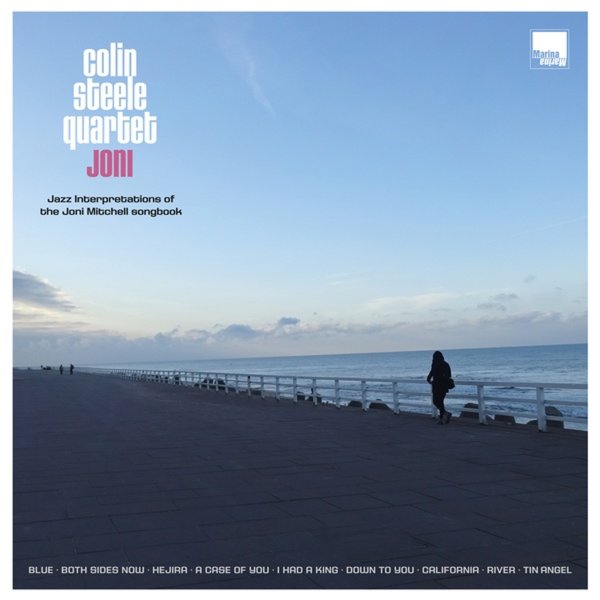 A sweet set of instrumentals from trumpeter Colin Steele – all based around the music of Joni Mitchell – which might seem to be a bit of sacrilege, given how important the lyrics are in Joni's music! Yet Mitchell also has a strong love of jazz, and the treatment here really unlocks those jazz currents in her compositions – as Steele blows trumpet in ways that offer up a completely different spirit of the songs, but one that's very much at home as well – alongside piano from Dave Milligan, bass from Calum Gourlay, and drums from Alyn Cosker – a group who are nicely subtle at times, really letting Colin stand out as the strongest voice on most tracks. Titles include "Blue", "Both Sides Now", "Tin Angel", "California", "Hejira", "I Had A King", "Down To You", and "A Case Of You".  © 1996-2021, Dusty Groove, Inc.

Complete Jimmy Giuffre On Black Saint & Soul Note (Dragonfly/Quasar/Liquid Dancers/Conversations With A Goose) (4CD set)
Black Saint (Italy), 1980s/Early 90s. New Copy 4 CDs
CD...$32.99 42.99
Four great albums from reedman Jimmy Giuffre – all of them representing a bold step forward for his music! Three of the albums here – Dragonfly, Quasar, and Liquid Dancers – feature the Jimmy Giuffre 4 – a group that moves between fusion touches and some of the freer modes ... CD