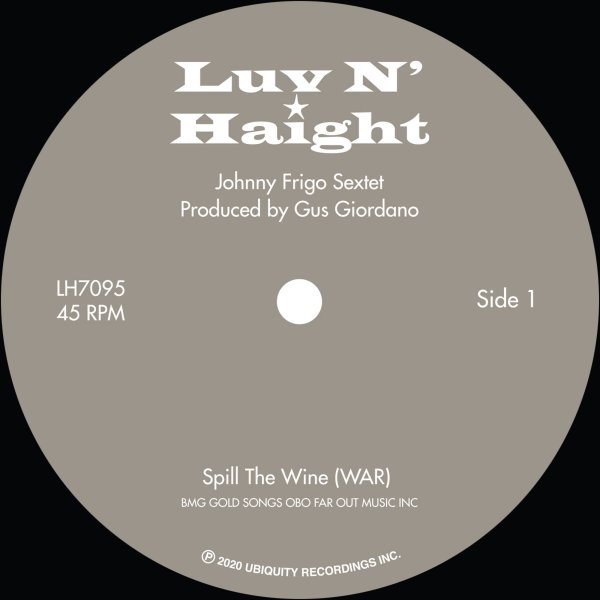 Two fantastic funky grooves from Chicago guitarist Johnny Frigo – both done for the series of jazz dance recordings by choreographer Gus Giordano! "Spill The Wine" is the classic tune from War and Eric Burdon – but done here with a really sweet Fender Rhodes line in the lead – all nicely glowing and setting up the groove over sweet-stepping percussion, before a cool flute line comes in for a solo! "Scorpio" is the Dennis Coffey classic – done here with some equally nice drum breaks and wah wah guitar, plus some sweet organ as well!  © 1996-2021, Dusty Groove, Inc.