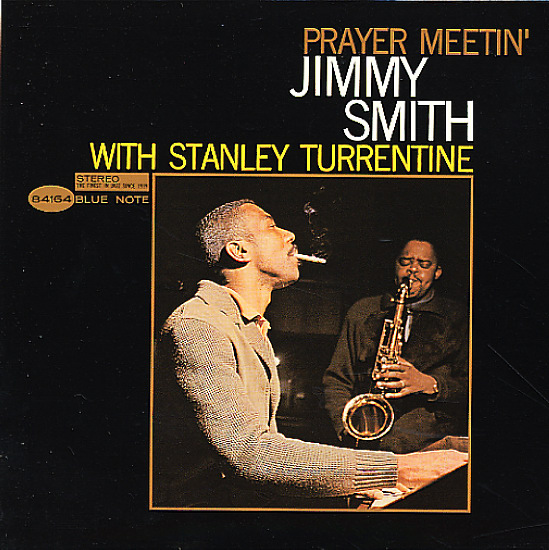 A classic Blue Note meeting of two of the label's top talents in the early 60s – Hammond hero Jimmy Smith, and the up-and-rising Stanley Turrentine on tenor! Turrentine's simply great at this point – playing with a raspy edge on the bottom of his tone, sounding dark and mysterious – not nearly as sweet as in later years – and Smith is wonderful too – still with traces of the rough experimental approach to the Hammond that he used in his first few Blue Note sides, but with a bit more of a defined and swinging sound – all given a nice kick by the drums of Donald Bailey and guitar of Quentin Warren. Titles include "Stone Cold Dead in the Market", "Red Top", "Prayer Meetin", "I Almost Lost My Mind", and "Picknickin'".  © 1996-2021, Dusty Groove, Inc.
(Part of the Blue Note Tone Poet series!)

Root Down (180 gram pressing)
Verve, 1972. New Copy (reissue)
LP...$22.99 24.99
Once an overlooked late Verve album, now a solid classic – and easily one of the funkiest albums ever from organist Jimmy Smith! The groove here is far different than the more familiar Jimmy Smith Verve sessions of the 60s – and the tracks open up in a really extended mode – ... LP, Vinyl record album