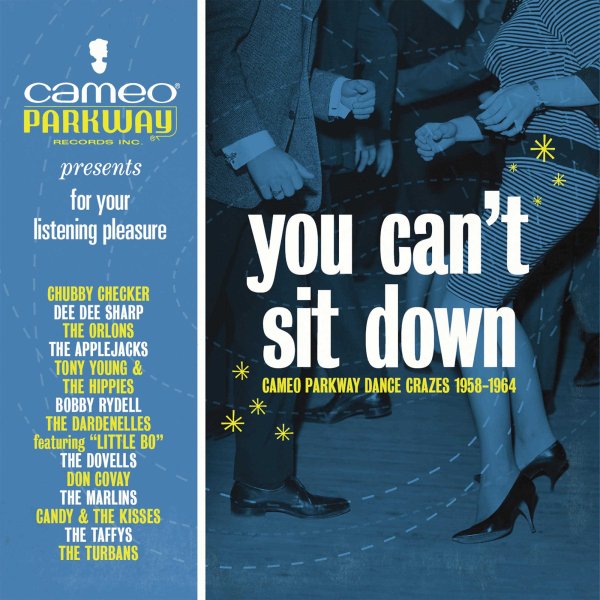 A great set of groovers from the Cameo/Parkway label – a company that gave the world the biggest twist record of the 60s, but which also was perfectly poised to deliver all sorts of other upbeat tracks as well! The label was in Philly – a huge dance town in the early days of soul and rock – and the set list here is filled with the kind of cuts that were Philadelphia's answer to the rising sound of Motown – the roots of the Northern Soul sound that would be followed by soul collectors for decades! These aren't novelty hits, but upbeat cuts that groove plenty – most by soul artists, a few by pop singers – but all given the kind of tight instrumentation and strong studio handling that made the Philly scene such a standout. 22 tracks in all – including "Shimmy Shimmy" and "The Wah Watusi" by The Orlons, "Bristol Stomp" and "You Can't Sit Down" by the Dovells, "Mashed Potato Time" and "Do The Bird" by Dee Dee Sharp, "The 81" by Candy & The Kisses, "The Mash" by Tony Young & The Hippies, "Mexican Hat Rock" by The Applejacks, "Baby Do The Frog" by The Dardenelles, "The Swim (part 1)" by The Marlins, "Slow Twistin" by Chubby Checker & Dee Dee Sharp, "The Third House" by Bobby Rydell, "When You Dance" by The Turbans, "Everybody South Street" by The Taffys, "The Popeye Waddle" by Don Covay, and yes, "The Twist" by Chubby Checker.  © 1996-2021, Dusty Groove, Inc.